How to spot a fake review 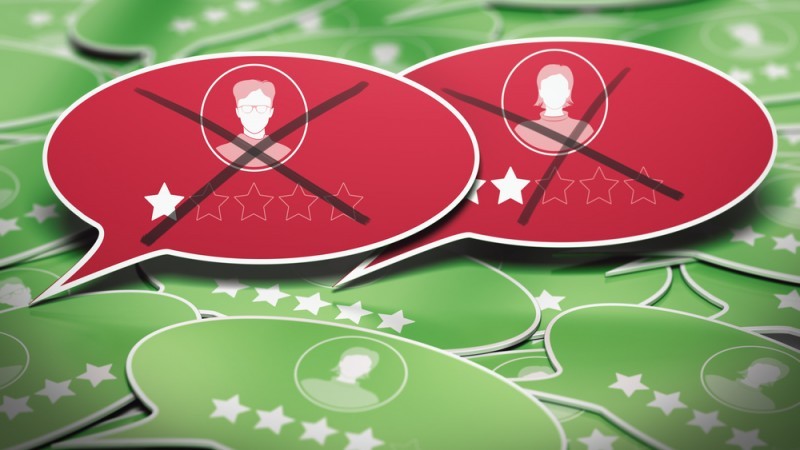 Online reviews are an increasingly important tool in modern consumers’ spending decisions. In most cases committing to making almost any purchase without first consulting online reviews would be considered extremely foolhardy. However just how reliable are the reviews upon which we are basing these choices?

It is now becoming an increasingly prevalent practice for companies, PR agencies, marketers or even internet trolls to use various methods of submitting fake reviews to either boost or inhibit a product or service’s online rating - and worryingly research has shown that the average consumer is surprisingly bad at detecting these.

Researchers at Cornell University created a computer system that could spot fake hotel reviews with over a 90% accuracy, however when presented with the same reviews, human participants spotted the fake reviews less than 50% of the time.

It also seems that our parameters for assessing the trustworthiness of reviews may also be somewhat skewed. Researchers at the Association for Psychological Science ran a study where they tasked 120 participants to choose their preferred mobile phone case from a number listed online. They found that people routinely chose the case that simply had the highest number of reviews, even if those reviews were overwhelmingly bad.

So are there any golden rules for spotting fake reviews?

If the review is extremely long and peppered with technical or specialised marketing terms then this can be a sign of a fake review. Similarly very short reviews that include no mention of the specifics of the product can also be a cause for alarm. Red flags could also be raised for reviews written in broken English or using terms incongruous to native speakers. Whereas another concern could be reviews that include the brand, product name and model number as these could have been posted simply to improve the product’s SEO, as could reviews that include a competitor’s name.

In general most true reviews will include references to some of the actual features of the product or service itself, telling you exactly what the reviewer did or didn’t like, and use language that is neither hyperbole nor extreme criticism.

Automated fake reviewers will often have a one or two word name with three digits at the end, as these can be easily changed to post numerous reviews on the same or across multiple sites. On many sites it is also possible to check the commentators other reviews; do they tend to leave lots of reviews that are either extremely good or extremely bad, are their reviews centred on certain product types, do they tend to focus on products from little known companies, and do they tend to post a lot of reviews at once? If so then they could be a fake reviewer.

Check the date and time of the reviews

If a lot of similar reviews, even from supposedly different reviewers, have been posted around the same time then this should cause alarm bells to start ringing. Also bear in mind that these needn’t all be within the same few hours, but if a lot of reviews appear in the same few weeks and then there’s nothing else for months then this could point to the reviews being fake.

So what can you do if you suspect that a review is fake?

Most sites will allow you to report abuse or to flag up any reviews that you suspect to be fake and in most cases these will then be removed. However this can be a long, tedious and time consuming process. There are however a number of companies who will take on this task for you – albeit for a fee.

If you are simply looking to have a little more faith in the reviews that you are using to determine a purchase, then sites such as www.fakespot.com or www.reviewmeta.com allow you to paste the URL of the page containing the reviews that you are interested in and will highlight any suspected fakes. You can also use the public version of the system developed by Cornwell University researchers for spotting fake hotel reviews at www.reviewskeptic.com.