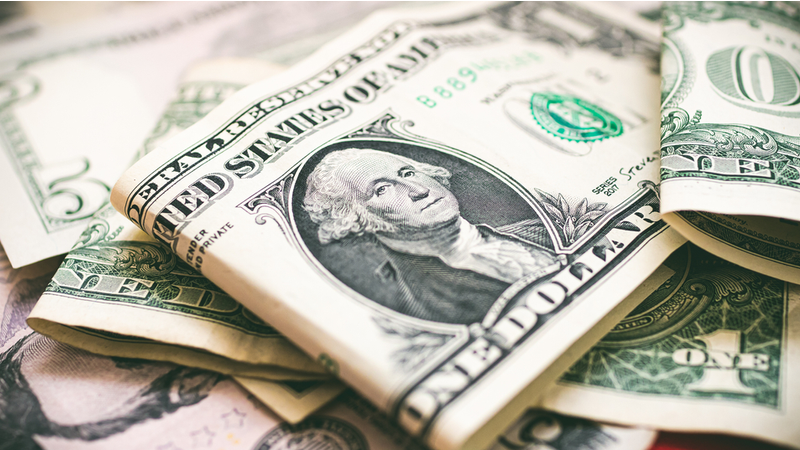 The path to avoid a recession in the US, the world’s largest economy, is starting to narrow. Inflation remains red hot – the annual rate was 8.3% in April, compared to 8.5% in March, according to the US Department of Labor – while signs that the economy is weakening continue to mount. For example, beyond the unexpected GDP contraction in Q1 – at an annualised decline of 1.4% – forward guidance for Q2 in the recent corporate earnings seasons’ points to higher costs, and tempered demand. Some bell weather corporates, such as Apple, declined to provide Q2 guidance, which offers no comfort to markets.

In early May, US consumer sentiment declined to the lowest since 2011, attributed to a broad erosion of consumer purchasing power. Consumers’ assessment of their current financial situation, relative to 12 months ago, is at its lowest reading since 2013, with more than one-third (36%) of consumers citing persistent inflation at the cause. In this context, the Federal Reserve raised interest rates by 50 basis points to move the Fed Funds rate to between 0.75% and 1.0%, in the largest rate hike since 2000.

Markets are starting to price in an increased risk of a recession in the US economy. Lloyd Blankfein, Goldman Sachs’ former CEO and now the senior chairman, warned a recession in the US economy was a “very, very high risk”. Fed chair Jerome Powell has offered mixed messages since the recent 50 bps rate hike. At last week’s post-Federal Open Market Committee (FOMC) meeting press conference, Powell said “nothing about [the US economy] suggests that it’s close to or vulnerable to a recession”. However, last Thursday he qualified his optimism for the US economy stating that “the question whether we can execute a soft landing or not … may actually depend on factors that we don’t control” according to Bloomberg reporting. Powell cited global disruptions to commodity prices due to the war in Ukraine, supply chain bottlenecks and China’s Covid-19 lockdowns.

However, most banks and forecasters are not expecting the US to tip directly into a recession in Q2. US Real GDP growth will rise to 2.1% in Q2 2022, according to Conference Board forecasts, which does not currently forecast a recession. Goldman Sachs expects annual GDP to expand 2.4% this year, down from 2.6%, followed by 1.6% in 2023, down from 2.2%. By contrast, Deutsche Bank anticipates a major recession caused by the Fed raising interests rates aggressively to tame inflation. Ultimately, the recession risk will be mediated by the severity and duration of the war and its more prolonged impact on the US economy (e.g. including export demand in a global economy losing momentum).

The Fed faces a hard path to a soft landing for the US economy. The US central bank was criticised as slow to realise that the supply-side inflationary pressures in the US economy were persistent, not transitory. As a result, critics argue the central bank has boxed itself into a corner and is left with an incredibly difficult task – it has to navigate a soft landing for the world’s largest economy by tightening interest rates and unwinding its mammoth $9 trillion balance sheet into a weakening economy with persistent supply-side driven inflationary pressures without causing a recession. The Fed’s challenge is to tighten financial conditions enough to narrow the gap between vacancies and labour market supply to slow wage growth, and soften inflationary pressures, without sharply increasing unemployment.

Unfortunately, the Fed’s tools – interest rate hikes and quantitative tapering – are designed to adjust demand in the economy and not solve supply-side inflation, which is the primary driver of CPI inflation. Much of the supply-side constraints stem from China, which is battling its most severe Covid outbreak since the pandemic started more than two years ago. While companies have pricing power and consumers have the ability to spend more due to rising wages, a simultaneous wage-push and a cost-push dynamic will keep inflation elevated.

The Fed’s balance sheet has ballooned from $3.7 billion in September 2019 to a whisker under $9 trillion today due to Covid-era stimulus and legacy money printing in the aftermath of the global financial crisis. Unwinding the balance sheet, known as quantitative tapering (QT), puts upward pressure on long-term interest rates, tightening financial conditions for businesses and households.

QT is the Fed’s second tool with which to tackle inflation – but, again, it is designed to adjust demand while current inflation drivers are specifically supply-side. The Fed confirmed this month it intends to reduce Treasury securities by $30 billion per month for three months and by $60 billion per month thereafter. Mortgage-backed securities will be reduced up to a cap of $17.5 billion per month for three months, then increased to $35 billion. The indicated pace is almost double the peak monthly cap rate during the 2017–19 balance sheet unwinding programme, suspended after the onset of the pandemic. The Fed minutes, published on May 25, may offer further clues as to future trajectory.

The balance sheet strategy run-off forms two stages. First, is an organic run-off in holdings. This has already started, with maturing US treasury notes and bonds contributing to the sell-off in bonds in recent weeks. However, the more significant driver of the bond market sell-off was the anticipation of a higher federal funds rate, which will make US treasuries better value to buy back later. Yields on 10-year US treasuries, which tend to be correlated to increases in interest rates, have risen by around 225 basis points relative to the August 2020 lows. Second, proactive sales of mortgage-backed securities (MBS) aligned with the Fed’s preference to restructure the long-term composition of its balance sheet to primarily US treasuries. Together, the US economy will start to see a rapid unwinding of liquidity, which will put pressure on equity valuations and prompt investors to rotate to hard assets, supported by predictable cash flows. Some believe asset tapering may do the ‘heavy lifting’ in taming inflation and reduce the need for as many rate hikes as markets currently expect. This bullish, if remote, scenario implies that this extraordinary US bull market could be elongated until after the US presidential election in November 2024.

Real yields on US 10-year treasuries have turned positive for the first time since March 2020. It signals tighter financing conditions and a return to pre-pandemic norms with yields on 10-year treasuries expected to exceed average inflation, which will increase the appeal of bonds relative to non-yielding assets and, arguably, equities on high multiples.