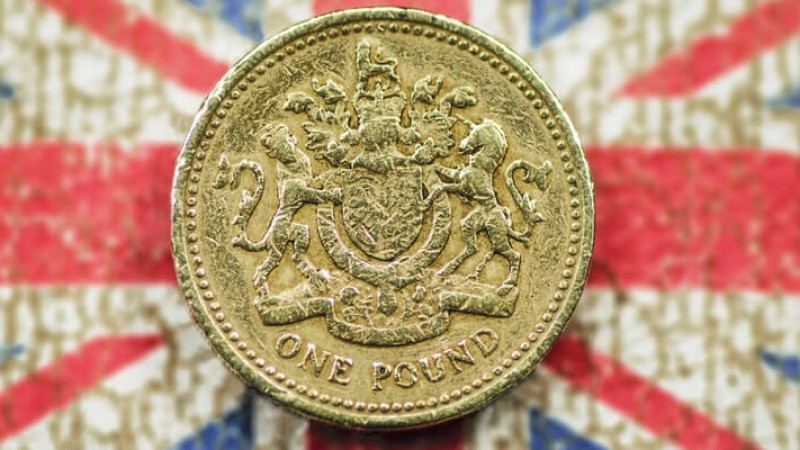 Empty streets, closed offices, restaurants and shops have become commonplace at home and abroad in response to the coronavirus pandemic. And now the economic toll of these widespread business shutdowns is becoming clearer. Last Thursday, Gertjan Vlieghe, a member of the Bank of England’s interest-rate setting committee, warned that the economic contraction underway looks “faster and deeper than anything we have seen in the past century, or possibly several centuries”.

On the same day, the composite purchasing managers’ UK index, a bellwether economic indicator of demand across manufacturing and broad services sectors, signalled by far the fastest decline in business activity on record. The all-time low flash number hit 12.9, down from 36.0 in March, worse than the most pessimistic forecasters had predicted and exceeding the previous record survey low of 38.1 in November 2008, at the height of the global financial crisis. The following day it was reported that UK monthly retail sales slipped 5.1% in March, in the largest decline in more than 30 years of records, according to the Office for National Statistics (ONS), as stores suspended trading from 23 March to comply with government lockdown measures.

The required social distancing and business closures have prompted a far more severe collapse in business activity than the market had anticipated. These indicators increasingly point to the likelihood that the world’s fifth-largest economy is already in a recession and adds to doubt over whether the government’s massive fiscal support packages are reaching businesses quick enough. Rolling three-month GDP growth to February 2020 was 0.1%, according to the Office for National Statistics (ONS), with expectations for the first quarter of 2020 now at between -1.5% and -5.0%. Forecasts for the second quarter suggest a record quarterly GPD collapse of between -15% and -25%, according to the National Institute of Economic and Social Research, in the largest contraction in a century. Capital Economics, now the most bearish City forecaster, assumes a peak-to-trough fall in GDP of 25% in the first half of this year, which would dwarf the 6% drop during the global financial crisis (GFC). However, a sharp bounce back in the third and fourth quarters is expected, assuming additional post-lockdown government fiscal measures to kick-start consumer spending. Over 2020, annual GDP forecasts range widely. Recent estimates include -5.1% (Oxford Economics), -6.5% (IMF), -10.2% (Société Générale), and -12% (Capital Economics).

The critical variable is the degree to which the UK government’s huge fiscal measures, designed to support viable businesses through the pandemic, prove effective in keeping businesses afloat and convincing owners to keep staff employed. The jury is still out. Beyond simply the utilisation of the government’s flagship Coronavirus Business Interruption Loan Scheme (CBILS) and the Coronavirus Job Retention Scheme (CJRS), one proxy of success will be the unemployment rate. Estimates are currently up to 9%, rising by 1.6 million to 3 million. One initiative which could help stem this rising figure is the reported consideration by Chancellor Rishi Sunak to increase the government’s CBILS guarantees to 100% to support the micro/small employers who are struggling to secure credit.

To finance its expansive fiscal measures, the UK government will borrow £180 billion in the gilt markets over May to July, in addition to £45 billion, already issued in April, taking the four-month tally to £225 billion – a total unmatched in the UK’s peacetime history.

The Covid-19 pandemic is no ordinary economic crisis and should not be characterised as a simple supply shock caused by an unavoidable temporary contraction. It is far more complex. First and foremost, this is both a global health and a humanitarian crisis. Second, it is a highly complex asymmetric economic crisis that is hitting sectors differently. For example, sectors such as airlines, retail, tourism, hospitality, construction, car manufacturing and private education have all been hit drastically. By contrast, sectors such as financial services, some real estate sectors (e.g. offices), transport, storage, energy, wholesalers, have so far been hit moderately. Elsewhere, others are experiencing a demand surge, such as data centres, logistics, online retail and entertainment services, health services and medical supply chains and agriculture.

Events are fast-moving and companies need to make strategic decisions with imperfect information. BTG Advisory is well placed to support companies, directors, shareholders and accredited lenders across all these sectors. Before the onset of the Covid-19 lockdown and since, BTG Advisory has been conducting financial reviews for both borrowers and lenders often on a joint basis to quickly determine viability and independently assess and scrutinise future cash flow requirements and options. Please contact us to discuss how we can lighten the load and support your decision-making and viability assessments.