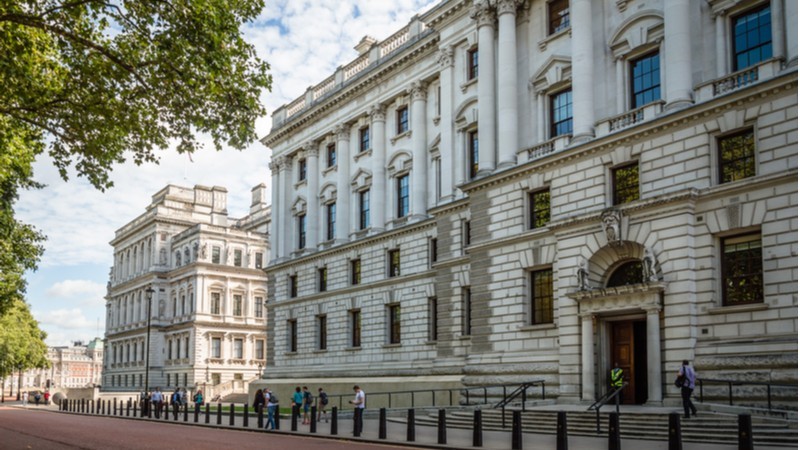 The UK economy is braced for a record double-digit contraction in economic activity for the second quarter, with the economy expected to be worse affected than many of its European neighbours and possibly even the US. A subtle combination of Britain’s distinct economic structure and cultural factors account for the UK’s relative economic weakness. For example, the size of the UK’s consumer-facing sectors, such as hospitality, leisure and retail sectors, represent a relatively high proportion of the overall UK economy, compared with other nations. These severely affected sectors have been hard hit by forced economic hibernation and social distancing, which has taken its toll on economic activity. There have also been marked differences between nations in the easing of perceived risk due to consumers’ belief in pandemic containment. For example, in Germany, retail sales bounced back in May from the previous month, according to the Federal Statistics Office. In the UK, retail sales were comparatively much weaker in May and June. In Germany, the effectiveness of adopting contract tracing has contributed to improved confidence in the management of the public health crisis and has supported the economy. Thus, reduced perceived risk equals a boost consumer spending and business confidence.

The UK governments’ unprecedented stimulus in the form of grants, loans and the furlough scheme, as well as the Bank of England’s quantitative easing (QE) measures, will only partially mitigate the steep contraction ahead. The latest Treasury figures show that almost £50bn has been lent to both small and large UK businesses within less than three months, including two-thirds of this (£33.7bn billion or 67%), via the Bounce Back Loan Scheme (BBLS). Overall, the various state-guaranteed loan schemes – which have seen almost 1.2 million UK businesses of all sizes receiving finance – are driven by relatively limited due diligence on companies’ ability to repay, particularly for the BBLS.

This ‘light touch’ oversight will almost certainly expose the government to high default rates, which some have estimated as high as 40%. This is in the context of an already ballooning budget deficit with first-quarter public sector net borrowing climbing to £127.9bn and HMRC receipts down by 35% on last year, the Office for Budget Responsibility (OBR) has reported. Overall, the UK will see borrowing rise this year to between 13 and 21% of GDP, lifting debt above 100% of GDP – a peacetime new high watermark. The UK is on track to record its largest annual GDP decline in 300 years, according to the OBR, with output falling by more than 10% in 2020 in all its three scenarios – the downside, central and upside.

The UK economy is now entering a delicate and inherently unpredictable phase. Following a contraction of around 25% during the lockdown, economic activity will remain subdued in the third quarter, as people slowly return to work and some businesses reopen while government stimulus starts to tail-off. For example, in the service sector and manufacturing, capacity is likely to remain limited, due to restricted supply chains, which will push up operating costs and ensure output remains below pre-pandemic levels for some time. In turn, this will keep employment growth subdued. The longer-term outlook for UK employment will depend on what proportion of furloughed staff – currently scheduled to end in October – will flow into either unemployment or back to work. Unemployment is likely to rise to around 10% later this year, according to the National Institute of Economic and Social Research (NIESR) and is expected to remain above long-term averages in the coming years “due to economic scarring and hysteresis in the labour market”.

Garry Young, a deputy director at NIESR, says: “The planned closure of the furlough scheme seems to be a mistake, motivated by an understandable desire to limit spending. The scheme was intended by the Chancellor to be a bridge through the crisis and there is a risk that it is coming to an end prematurely and this increases the probability of economic scarring.”

Unemployment may be lower if the government reverses its course and extends the furlough scheme beyond the end of October. Arguably, this relatively inexpensive measure could pay for itself by preventing a spike in long-term unemployment. However, these are complex decisions in a rapidly changing environment, not least in the context of the UK’s ballooning public finances and the spectre of a wave of consumer and corporate loan defaults. The clearing banks are setting capital aside for a surge in anticipated defaults with the full toll of coronavirus on the UK economy yet to be fully realised. Meanwhile, the government’s attention remains divided between the public health crisis, the economic crisis, its Brexit timetable and, of course, its “levelling up” national agenda.

If you would like to discuss your company’s commercial and asset-based financing options or would like advice related to negotiating with your lenders over capital repayment holidays or debt headroom extensions, please do get in touch with us today.