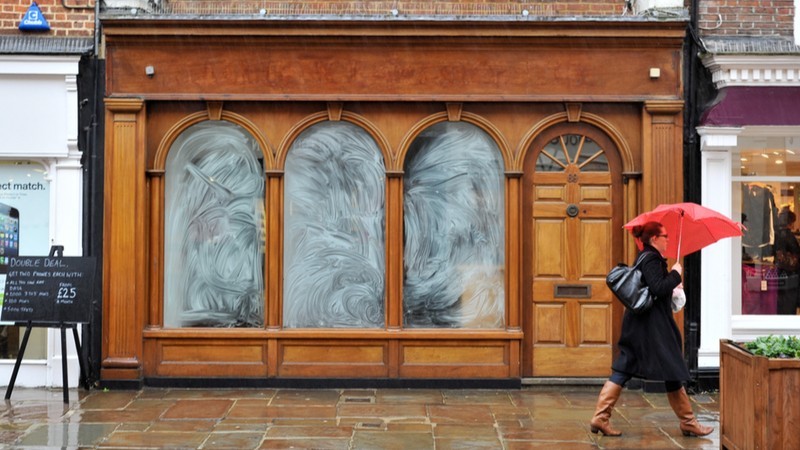 Retail landlords are at the frontline of the economic crisis triggered by the Covid-19 pandemic within the real estate sector. Many variables will influence how landlords, and retailers, will fare in the months and quarters ahead. First, the macro context. UK GDP fell by 19.1% in the three months to May 2020, according to the Office of National Statistics. Andrew Bailey, Governeor the Bank of England, said last week that the economy contracted between “23% and 25%” in the second quarter relative to the end of last year. While an easing in lockdown restrictions has had a positive effect on some sectors – such as the housing market, which has seen increased activity – retail, leisure and hospitality are still struggling.

In a scenario in which economies are forced back into periodic economic lockdowns to stem further Covid-19 transmission, the additional pressure piled onto retailers and their landlords could spark a new wave of insolvencies. In such a scenario, retailers will increasingly seek to reduce their physical footprint and shift operations online, while landlords will have to reconfigure property portfolios for second-use operations, potentially exacerbating a shift away from prime retail sites as shops and into urban last-mile delivery and fulfilment centres to support e-commerce.

In an optimistic outlook, such a scenario would further delay the resumption of normal trading and governments would likely reintroduce and extend fiscal support measures in a protracted economic hibernation. Eventually, retail rent collection rates will improve as normal trading conditions resume and the UK government’s moratorium on forfeiture of commercial leases ends (currently scheduled to expire on 30 September). In this scenario, REITs may even return to dividend payments later early next year. However, this ‘glass half-full’ scenario includes significant downside risks.

In a more bearish scenario, characterised by periodic and protracted future lockdowns, the brunt of the economic pain felt in the property sector could spread to more resilient operators in those vulnerable sectors, multi-sector landlords, and eventually to more resilient sectors, including offices, student accommodation and possibly logistics providers. Covid-19 could yet have a more contagious effect across property sectors than we have seen thus far. This bearish scenario assumes deeper future household spending cuts and lower business confidence. Both of these factors could spill over into reduced net office demand and depressed e-commerce spending levels, as consumers and businesses tighten spending across the board in anticipation of a deep recession, higher unemployment and lower broad-based economic demand.

Future economic lockdowns would further stifle the real estate transaction market, as investors – like households – would pivot to cash hoarding to boost liquidity and prevent their solvency crisis. It is not easy to gauge in such a scenario whether this household and business cash hoarding strategy would amount to long-term depressed spending or create pent-up demand for a future rapid bounce back. Cash hoarding may stifle economic recovery and put pressure on governments to add to an already unprecedented fiscal stimulus. On the contrary, if consumers quickly return to the shops, and corporates reinvest in their businesses and new jobs, a rapid recovery, combined with government stimulus of various kinds, could drive some inflation. Much will likely depend on other factors linked to household and business confidence, such as the scale of further spread of Covid-19, regional, national and international effectiveness in combatting future waves, as well as vaccine development progress and overall public confidence in the political leadership in managing the health crisis.

Landlords and tenants have been locked in negotiations over the last four months. One strategy open to large landlords – with deeper access to liquidity and inexpensive revolving credit facilities – is to offer struggling retailers to switch to monthly, rather than quarterly rents (paid in advance), rent deferrals, and partial settlement of prior quarterly rents. In exchange for some combination of these concessions, landlords could request the removal of lease breaks, lease extensions, reduced incentives or commitments for additional space. In this environment of radical uncertainty, some landlords will prefer security at a lower rental level as opposed to gambling on evicting tenants (when the moratorium expires) and seeking new tenants in an acutely stressed environment, particularly for landlords with space designed specifically for retailers.

Another scenario which may well play out is the wholesale recapitalisation of retailers’ balance sheet through alternative lenders and some M&A activity, as well as sale and lease-backs (SLB) among those retailers who own their commercial premises. According to Savills data, the last two notable waves of SLBs among retailers were in 2007 at the top of the property market before the global financial crisis, and in 2010, led by opportunistic investors acquiring retailers’ bricks and mortar in distressed sales. A possible new wave of distressed SLBs could emerge in European countries, such as the UK, Spain, Italy and France, where Covid-19 has been most severe. Some retailers may wish to (or be forced to by circumstance) unlock capital from owned headquarter office buildings, distribution centres and supply chain assets. With so many variables at play that will influence the way forward for retail landlords it would be imprudent to suggest any meaningful new wave of retail SLBs sooner than next year, but we would not be against such a trend emerging thereafter.

If you operate in the retail sector, and are affected by any of the issues discussed above, and would like to speak to one of our team about your company’s options, please get in touch.