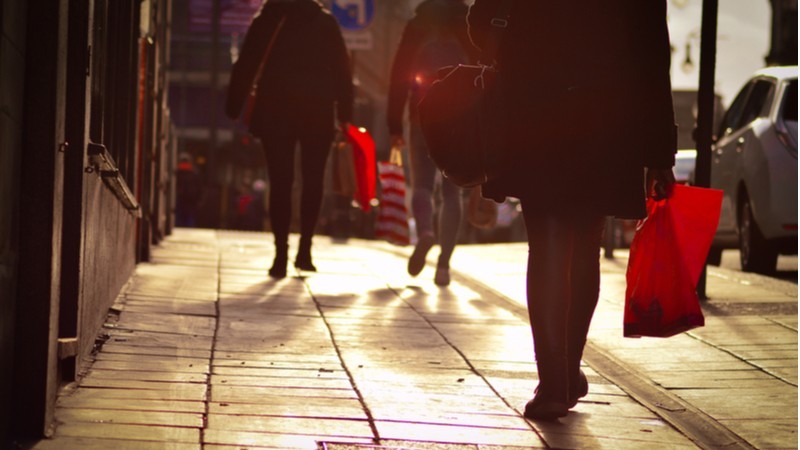 Retail landlords’ rates of rent collection have emerged as a proxy for solvency status across the broader retail and leisure sectors. Disrupted business activities for those retailers reliant on traditional bricks and mortar footfall is severely denting their ability to make rental payments. Covid-19 has hastened the demise of the retail sector already locked in a perpetual decline for more than a decade. Driven by shifting consumer behaviour, sometimes characterised as ‘the Amazon effect‘, this decline has gathered momentum alongside the increased sophistication of supply chains and last-mile delivery infrastructure.

Re-Leased, which collects live rental collection data from over 10,000 commercial properties and 35,000 leases, estimated that just 13.8% of UK retailers paid rent to landlords on last quarter’s rent date (24 June), which had risen to 40% of rent due after seven days. In comparison, 22.8% and 16.2% of aggregate estimated office and industrial rents were paid on rent day, rising to 52% and 53% respectively, according to Re-Leased estimates. The data also showed the industrial sector overtaking offices as the most resilient property sector, indicative of the sector’s ability to continue to operate at a higher capacity throughout the pandemic.

But these estimated rent collection averages mask a starker divergence between sectors with the ongoing solvency position at risk for retail landlords and real estate investment trusts (REITs) heavily espoused to retail and leisure, the longer the pandemic continues. On one hand, retail landlords must balance rental collection with loan payments to lenders, while on the other hand, not hastening the insolvency of their tenants. Landlords’ latter obligation is intertwined with their own financial fate. It can be mediated by case-by-case rent deferrals, monthly payments and waivers aligned to retailers’ business model, risk profile and ability of occupiers to pay, alongside the support made available by relevant governments. If landlords push too hard, they risk high vacancies in an environment in which re-letting will be highly challenging; if landlords are too lenient, such imprudence could jeopardise their financial viability. The ‘goldilocks’ sweet spot for retail landlords will likely become harder to navigate as the pandemic rolls on and these liquidity dangers have the potential to spread into more resilient sectors, as a liquidity crisis morphs into a solvency crisis, such as in the case for Intu.

Intu, the UK shopping centre REIT whose portfolio includes the Trafford Centre in Manchester, Merry Hill in Birmingham and Metrocentre in Gateshead, collapsed into administration in June, but was already on the brink before Covid-19. With its long-standing insufficient reaction to the pace of a consumer behavioural switch to e-commerce, combined with a balance sheet burdened by a complicated £4.5bn debt structure, Intu is a lesson for retail and multi-sector landlords across Europe. Hammerson, the retail, leisure and shopping centre REIT which operates in the UK, Ireland and France, has taken steps to ensure it does not suffer the same fate as Intu. Thus, rent collection rates have moved into sharp focus as a measure of landlords’ liquidity.

Hammerson, the closest peer by portfolio to Intu, had collected 73% of H1 2020 rent in the UK, 53% in France and 72% in Ireland, as of 29 June, but only 16% of Q3 rent in the UK, and reported no rent collection for Ireland and France. The UK’s biggest two REITs, Land Securities and British Land, both reported similar struggles among their retail tenants. While Land Securities had received 29% of retail rents five days after the quarterly rent was due, compared to 81% for office rents, British Land had collected 36% and 88% in its retail and office portfolios, respectively. Great Portland Estates reported the collection of just 28% of June rents from retail, hospitality and leisure tenants had, compared with 74% from offices. NewRiver REIT had collected 46% of retail portfolio rents by 24 June, with a further 12% deferred and 13% re-geared, leaving 28% outstanding and 1% forgiven. In Europe, the picture is similar. The Schroder European Real Estate Investment Trust which has approximately 100 tenants in cities including Paris, Berlin, Frankfurt, Hamburg and Stuttgart, had collected 98% of office rents over April and May, compared with 84% of industrial/data centre use and 57% of retail and leisure.

The performance of listed retail-focused companies and trusts will likely continue to diverge, aligned to variations in the national responses to post-lockdown social distancing and broader pandemic containment measures, government requirements for certain retail businesses to remain closed, or only partially reopened, for longer (e.g., gyms, cinemas, restaurants, etc.). Landlord performance will also be mediated by the degree to which temporary behaviour changes invoked by the pandemic become entrenched. For example, will shopping, entertainment and leisure activities change for the foreseeable future, either permanently or somewhere in between? The implications of each of these scenarios for shopping and leisure centres are difficult to identify, and thus the most likely option is landlords and brands may have to work together far more closely to ensure their mutual survival. More broadly, behavioural changes will unequally support or hinder the operational efficiency between sectors, which could lead to even greater divergence in sector investment performance, capital flows, and transactional and leasing activity, as well as debt costs and liquidity.

In the second part of this analysis we consider two opposing scenarios for the fate of retail landlords, and the implications. If you operate in the retail sector and are affected by any of these issues discussed above and would like to speak to one of our team about the company’s options, please get in touch.