Momentum builds for a blockbuster UK economic recovery in 2021 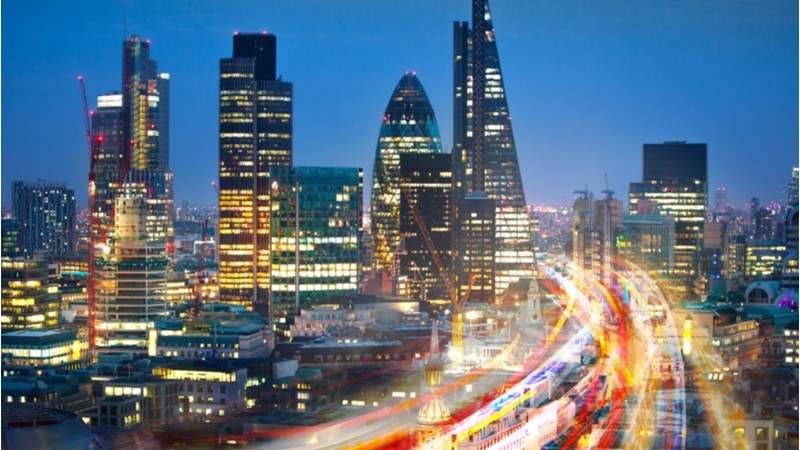 The Bank of England (BoE) upgraded its outlook for GDP, seeing a surge this year driven by a successful vaccination roll-out and a fully reopened UK economy in June combined with supportive fiscal and monetary policies and unleashed household savings. Overall, the revised UK forecast implies a faster GDP expansion this year, followed by slower growth next year. As ever, underneath the rosy headline outlook, the environment will remain precarious for some.

The UK will exceed its pre-pandemic high by Q4 and the economy will grow by 7.25% in 2021, according to BoE’s forecast, revised up from 5% in February. The outlook, which includes GDP in Q2 at around 4.5%, assumes both sustained domestic demand and rising exports. While UK GDP remains 8.7% below its pre-pandemic level in the final quarter of 2019, if the BoE’s growth forecasts are realised, this economic growth rate would represent the fastest rate in more than 70 years. It would also mark a remarkable turnaround for an economy that suffered its worst economic output in more than 300 years in 2020 and the worst among the G7 nations.

First quarter GDP estimates show that economic activity declined less severely than expected. The UK economy contracted by 1.5% in the first quarter, according to Office for National Statistics (ONS) data. This shallow decline marks the low point for the UK economy. It underscores a growing economic pandemic resilience, given that the period was constrained by a third national lockdown enforced back in January. Economic activity rebounded in March, up by 2.1% in separate ONS monthly data, as schools reopened along with some UK areas, supporting the service sector.

Key to the domestic demand upside is the spending rate of accumulated household savings. UK households are forecast to spend up to 10% of accumulated savings over the next three years. The brightened domestic demand outlook is supported by the government’s extension of the furlough scheme to September. By then the UK economy will have been fully reopened for three months, allowing time for business and consumer resilience and spending to increase. This picture of economic data is already positive, from retail sales and job advertisements to commercial real estate investment volumes.

As both health risks and economic uncertainty lessens, business investment will accelerate. Crucially, the assumption is that the imminent rapid GDP expansion will moderate in 2022, and the near-term inflation risk will be transitory and not persistent. CPI inflation is forecast to tip past the BoE’s 2% target by the end of the year. Andrew Bailey, BoE’s Governor, has assured markets that the monetary policy committee (MPC) will closely monitor the outturn, as evidence of persistent inflation would represent an upside risk to base rates. The MPC voted unanimously to hold interest rates at the historic low of 0.1% in May. Market consensus suggests the BoE will begin to increase interest rates from mid-2022, but the outturn will depend upon economic recovery, employment growth and inflation. The MPC maintained its £150bn annual bond purchases this year. The success of the government’s vaccination programme and the pace of the UK’s reopening has allowed the BoE to slow the pace of asset purchases to £3.4bn per week. Consistent with the existing policy, the BoE’s quantitative easing programme will finish at the end of the year. The next stage of the UK’s reopening begins this week with the resumption of indoor hospitality and people in England and Scotland being able to take holidays abroad.

According to separate ONS data, UK goods exports to the EU recovered in March to £12.7bn, while imports increased to £17.8bn. The recovery in trading levels is further evidence that January’s 43% slump was more a function of pre-Brexit stockpiling and renewed lockdown restrictions than a harbinger of a post-Brexit permanent collapse in trading with the EU. Trade with non-EU countries also increased in March, with exports and imports up £14.0bn and £19.3bn respectively. UK exports may also be in line for a transatlantic boost; US president Joe Biden’s $1.9 trillion stimulus package to support the economy and help households to recover from the pandemic is estimated to drive US imports. Economists at Allianz have estimated that the UK could see increased US imports demand worth $16bn, led by $6.3bn for the service sector and around $1.3bn each for automotive manufacturers, and the machinery and equipment and household equipment sectors.

What is rosy for many remains precarious for some

But underneath this brightening state of affairs are signs of longer-term economic damage caused by Covid-era restrictions – a complete picture of the health of the UK economy will not be evident for some time, as government support winds down and large corporates and SMEs must become self-sustaining. The central bank’s headline economic growth forecasts will mask a much more uneven picture between regions and industries across the UK. The BoE forecasts lower GDP growth next year, reduced from 7.25% to 5.75%. Weighing down the outlook are the planned future corporation tax hikes to pay for the government’s massive pandemic-support programmes, as announced in Chancellor Rishi Sunak’s ‘spend big now, tax big later’ Budget.

As we noted previously, whatever the direction of the UK economy, the government may also extend policies and offer new incentives to businesses to further stimulate economic growth. In the later phase of Sunak’s five-year plan, this will become increasingly likely as we approach the next General Election. Companies should, therefore, carefully consider the timing of their own investment decisions and not rush to capitalise on what is presented as a limited-time investment subsidy window. If you would like to discuss your corporate options and best prepare for the UK economy’s full reopening, please do not hesitate to get in touch with us today. We are here to help.