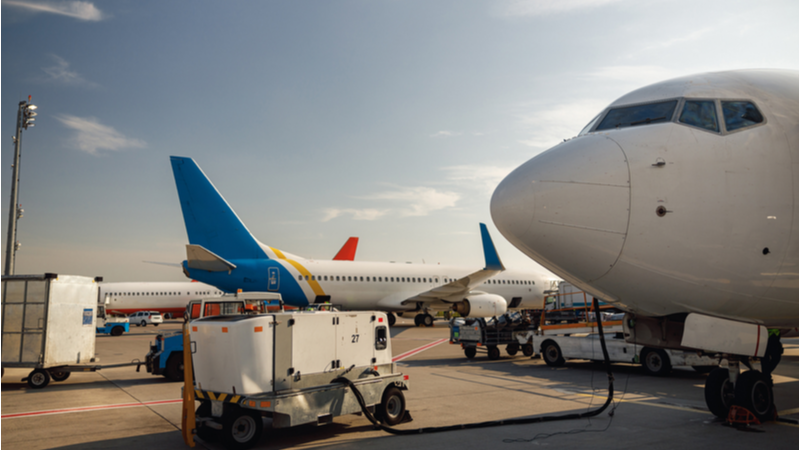 Airline operators spent much of 2021 strengthening balance sheets and cash flows after two years of pandemic-induced demand shocks and the expiry of government stimulus. The aviation industry has weathered the Omicron variant fairly well. In the first two months of 2022 high infection rates across the UK and mainland Europe dampened demand and capacity, but the sector remains hopeful of a recovery in March. Optimism is anchored to the expectation that the Omicron variant is relatively mild and the outbreak will pass quickly enough to support pent-up summer air travel demand. This relies upon governments further easing travel restrictions to allow airlines to reopen international travel routes.

Global air travel demand is forecast to recover to 83% of 2019 levels this year, up from 47% in 2021, according to data from IATA (International Air Transport Association), the global airline trade body. In Europe, the outlook is slightly better – IATA forecasts demand to reach 86% of 2019 pre-Covid levels. IATA also anticipates a full recovery of global air traffic demand by 2024, which would represent four billion annual travellers, exceeding pre-Covid levels. In Europe, demand is forecast to reach within a whisker of a full recovery (94%) by 2024. Demand catalysts include fast-recovery intra-European flights, supported by passenger preferences for short-haul travel with harmonised and restriction-free movement within the EU. North Atlantic demand is also expected to recover further this year.

However, IATA crunched these forecasts prior to the Russia-Ukraine conflict. Macroeconomic and geopolitical instability dampens air traffic demand, while higher input costs (e.g. fuel and labour) will increase operating costs and lower profitability. Geopolitical tensions have caused the price of oil to spike, restricted access to Siberian airspace (which will require rerouting cargo flights and some Europe to North Asia routes), and reduced consumer confidence in the Central and Eastern Europe (CEE) region. Spillover effects on consumer confidence and economic activity beyond CEE is likely.

Brent crude briefly surged above US$138 per barrel, as markets weighed the risks of Russian energy dependence. Price volatility is likely to persist while the conflict continues. Airlines which have not hedged fuel prices will be significantly disadvantaged in this environment, while the cost of hedging will now be much higher for those carriers now seeking protection. Higher fuel costs either must be absorbed by airlines in higher operating costs (i.e. lower profitability), passed onto customer in higher ticket prices or some combination of the two. The ability to pass on costs to consumers will depend on how airlines respond to the headwinds and the degree to which scheduled flying routes are trimmed. US carriers are expected to reduce planned flying schedules in the coming weeks, according to a Bloomberg report.

Geopolitical instability may also further delay the recovery in corporate demand and weaken anticipated US traveller demand. European airlines may be tempted to “redeploy capacity that was intended to relaunch Asian flights onto the least bad market available, which is the North Atlantic,” wrote HSBC in a March 3 analyst note. “Demand will weaken, supply will increase. This will put paid to the strong trading that was foreseen with strong confidence by those airlines that had reported before the Ukrainian conflict commenced.”

At the macro level, the conflict increases inflation risk and reduces the outlook for growth. Inflation is expected to be 5.8% in February, up from 5.1% in January, according to Eurostat. Higher inflation will weigh on the depth of pent-up demand in leisure travel, while the headwind to the eurozone economy from reduced trading and sanctions could also erode demand.

There is also new uncertainty over the timing and pace of central bank monetary tightening, which can have knock-on effects for air traffic demand and forward debt service costs for operators financed with floating rate loans. In the near term, finance liquidity may also be impacted as European banks focus attention on Russian exposures and reassure shareholders. The conflict has also triggered extreme currency volatility, with the US dollar strengthening against the euro and the pound, which may require additional currency hedging by the major global carriers.

The longer-term consequences are difficult to assess. Much depends on the duration and outcome of the conflict, the sanctions and retaliatory actions. The aviation sector is a resilient industry, having survived two years of extreme demand shock due to government travel restrictions during the pandemic. By comparison, the geopolitical tensions should be more quickly absorbed.