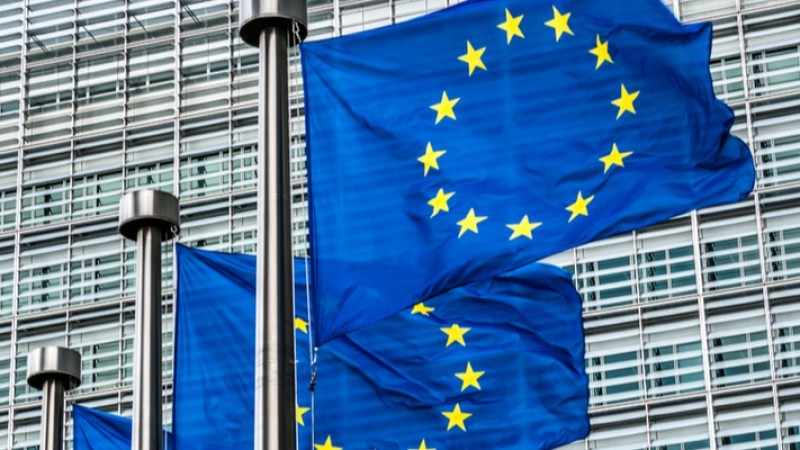 Europe’s leaders have concluded four days of tortuous negotiations in Brussels to unite behind a historic coronavirus recovery fund which binds the bloc into a tighter fiscal union. The landmark package will see the EU raise €750bn in the capital markets to support economic recovery and cement unity between member states with widely differing existing government debt profiles and borrowing costs. The EU solidarity provides financial support to nations most severely ravaged by the virus, particularly across Southern Europe. Entrenched opposition to debt mutualisation, particularly by Northern European nations, has been an acrimonious lightning rod for euro division. The consensus now reached symbolises a bridge between the conflicting priorities of the richer, and relatively less Covid-19 impacted Northern Europe nations and their heavily indebted and more severely impacted southern counterparts. The agreement, combined with the concurrently inked €1.074 trillion seven-year EU budget, signifies, at least in the medium term, receded risk of further euro fragmentation. The new EU budget, excluding the UK, is the bloc’s greenest ever, with an emphasis on prioritising EU’s climate goals by reducing carbon emissions, investment in the electric automobile sector as well as other sustainable technologies. Charles Michel, president of the European Council, described the negotiations as a “marathon”, adding: “This is the right deal for Europe, right now.” Angela Merkel, the German Chancellor and one of the chief architects of the package, said on Tuesday: “Europe has shown it is able to break new ground in a special situation. Exceptional situations require exceptional measures.”

However, the stimulus package could take several months before it is raised and distribution into nations and economies reeling from the pandemic begins. The recovery fund, dubbed Next Generation EU, includes €390bn in grants – scaled back from €500bn at the insistence of Austria, Denmark, Sweden, Finland and the Netherlands – with individual country allocations linked to GDP and unemployment trend forecasts, thus targeting the more severely affected markets, including Italy, Spain, Greece, Portugal, Poland and France. The balance of the fund, to be distributed to better-capitalised nations, will be in the form of low-interest loans. While the official timeline states 70% of the fund will be allocated in 2021 and 2022, and the balance in 2023, economists Capital Economics warned it could take a lot longer for the money to be disbursed. Thus, for European companies, including UK headquartered firms with European subsidiaries and private equity investors with portfolio companies across the Continent, near-term liquidity and longer-term solvency concerns will likely endure. Early market exuberance to the landmark stimulus package – which saw the euro climb to its highest value against the dollar in almost two years – will likely give way to a sobering reality when initial EU GDP figures for the second quarter are published at the end of the month. Capital Economics forecasts a 12.5% contraction, with even larger national falls in France, Italy and Spain. Annual GDP forecasts indicate around an 8.7% retrenchment in GDP, compared to 2019. The collapse in economic output has coincided with record spikes in EU unemployment levels, felt sharpest in the services sector including in retail, leisure, hospitality, tourism, aviation, other transport, as well and in manufacturing. Corporate cash flow challenges, particularly among highly levered firms, will persist, and possibly worsen, in the coming months as the outlook for the Covid-19 pandemic continues to darken. President Donald Trump admitted this week that the US “would get worse before it gets better”, while globally, virus cases surpassed 15 million and the toll of lives lost to the virus approached 650,000.

Member states’ effectiveness in the utilisation of the incoming EU grants and loans to revive national economies and corporate sectors will be closely watched. Italy’s government, which is expected to receive the largest EU grant allocation, announced approved of a proposal on Thursday which commits the embattled country to almost €50bn over the next six years, including €25bn this year. The statement confirmed the spending would be allocated to, among other things, “support for businesses and sectors most affected by the crisis”, with temporary layoffs and liquidity.

Corporates will need to navigate an ongoing short-term liquidity challenge before accessing further fiscal support flowing from the incoming EU grants and loans. The time it will take for corporate access to liquidity remains uncertain. Even if no new lockdowns across Europe are required in the second half of 2020, the economic recovery will be slow and uneven, with variance in the North-South divide, as well as sectors.

If your firm has European subsidiaries or portfolio companies based on the Continent and you would like to discuss your corporate options, please do get in touch with our team today and we will see how we can help.