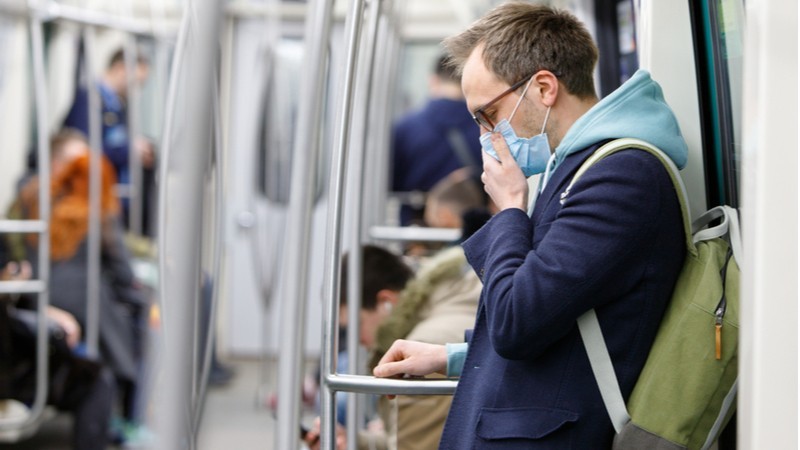 World governments have accelerated their monetary and fiscal fightback against COVID-19. The global economic and social impacts have already been fast-moving and profound. The public health threat is now considered the most serious since the Spanish Flu more than a century ago, according to Imperial College London, which is advising the UK government on its coronavirus response. The team has advised that the UK transitions from epidemic “mitigation” to a strategy of “suppression” until a vaccine becomes available, which potentially could be up to 18 months. At the time of writing, known worldwide cases were fast approaching 200,000, while confirmed deaths were inching close to 8,000. Governments across the world have intensified international travel restrictions to stem the tide of transmission. The Foreign & Commonwealth Office (FCO) has advised UK nationals against all but essential international travel for an initial period of 30 days. Many other nations, throughout Asia and elsewhere, have flatly imposed travel bans on their own nationals. The resulting global synchronised demand collapse will percolate through industries, which may usher forth a new wave of zombie companies starved of cash flow as populations across the world stay at home. In this article, we look at the fiscal and monetary responses on both sides of the Atlantic to address the rising global social and economic emergency.

The Federal Reserve led global monetary policy response last week, surprising markets with a rate cut, moving the fed funds target rate range to between 1.00% and 1.25%, and later announced the resumption of Quantitative Easing (QE). The Bank of England followed with its 50bps rate cut, back to the record low of 0.25%, with speculation that a cut down to 0.1% could be imminent. Economists have forecast that the Bank of England will soon launch a new round of QE of up to £150 billion. It is a stark reminder of how little room central banks have available to stimulate demand through monetary policy. Indeed, with borrowing costs so low, QE and a further reduction in interest rates will only go so far, particularly in the case of a pandemic which has caused the most widespread synchronised hit to consumer and business confidence since the global financial crisis (GFC). The net effect is likely to be a rapid retrenchment in general spending exacerbated by the uncertainty of the timeline of the pandemic. Indeed, the analogy to the GFC may not be so far-fetched as first it seems.

Market attention is, therefore, focused on the emerging coordinated fiscal response by worldwide governments which has gathered pace within the last 48 hours to meet the complexities of the challenges ahead. On Tuesday, the Trump administration has tabled an $850 billion economic stimulus package to Congress, which includes $50 billion to help the US aviation industry, a sector ravaged by international border closures. Within 24 hours, the US stimulus package had ballooned to $1.2 trillion, which included direct payments of $1,000 to US citizens within two weeks. The total proposed package to Congress significantly eclipses the $700 billion Troubled Asset Relief Program to rescue the financial system in 2008.

These are challenges elsewhere, of course, not least in vulnerable sectors such as the care home sector where underfunding is prevalent and risk to life from the coronavirus is high. UK airline bosses have also requested for a government bailout – in the region of up to £7.5 billion – to prevent industry collapse. However, governments must weigh up spending taxpayers’ money for companies, including many which have teetered on the brink of administration or similar, for some time. Elsewhere, the hospitality, leisure and broader retail sectors can expect to suffer substantially after governments worldwide have advised the public to stay away from theatres, restaurants, pubs and cafes and holidays are postponed, starving businesses of cash flow to pay employees, business rates and service leverage. On Tuesday, Laura Ashley became the first retail casualty of the coronavirus crisis, after it filed for administration on Tuesday morning placing 2,700 jobs at risk.

On Tuesday afternoon, Chancellor Rishi Sunak unveiled £330 billion in loans to help businesses pay rent, salaries and supplies, a figure which reflects 15% of UK GDP. A further £20 billion was pledged to support extended business rates holidays announced in the Budget for the retail, hospitality and leisure sectors, which previously committed £12 billion. Cash grants of between £10,000 and £25,000 are also available to vulnerable businesses facing losses as a result of coronavirus. Taken together, the UK government has now pledged £330 billion in loans and £32 billion in business rate holidays and grants, which is greater than the measures in the eurozone, the US and many other countries so far, according to Capital Economics.

As previously discussed in an earlier blog article, supply chains are also significantly disrupted. The UK government may well be required to step in and protect supply chain businesses which are central to an orderly functioning economy. For many marginal companies, survival will rest upon effective and direct government support for vulnerable sectors, the self-employed, and leniency by commercial banks as cash flows deteriorate, causing covenant breaches on debt facilities. Banks must be encouraged to extend trade credit and possibly offer some greater headroom to provide liquidity to small businesses. To its credit, The Bank of England’s Financial Policy Committee (FPC) has reduced the countercyclical capital buffer from 1% to 0%, which will free up an extra £190 billion of capital reserves for banks to lend to businesses. However, banks will likely want assurance of parallel support from government to act as a backstop for banks and other sectors to stave off a deeper and longer recession.

As the world continues to try to respond to the ever-quickening pace of the spread of COVID-19, future inquiries into the base level at which the UK, Europe and indeed the world, responded to this unexpected pandemic will eventually follow. Shortcomings appeared from the early stages of the outbreak, through to lackadaisical preventative measures which rapidly reoriented the epicentre of the disease from China to Europe. Our interconnected world requires global transparency and cooperation to stem the tide of this pernicious virus and return to some kind of normalcy.

Expert help and advice when you need it most

BTG Advisory can work with your business to assist you through this challenging time. We can conduct an initial review and recommend the most appropriate action, from restructuring current debt or sourcing emergency finance in order to give your business short-term financial cushioning or looking at possible restructuring methods if the ongoing impact of COVID-19 has severely disrupted operations.

Our services include, but are not limited to, the following:

If your business is facing any issues and you require advice, please contact David Abbott on dabbott@btgadvisory.com or telephone 0843 320 9194.