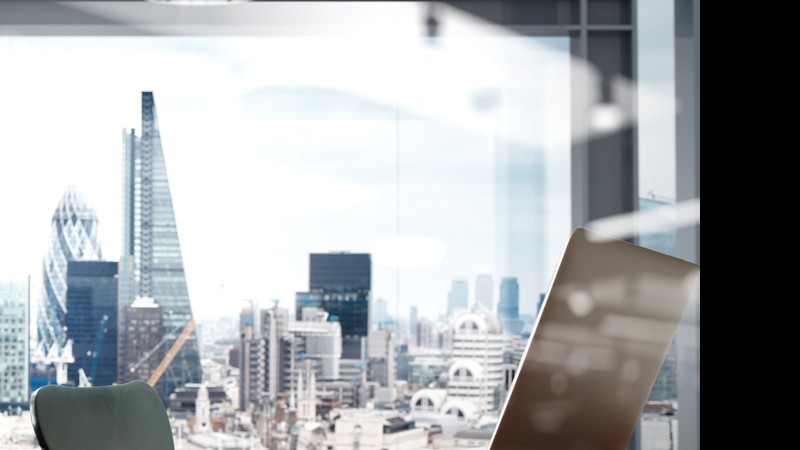 WeWork will remember 2019 as the year the coworking giant soared to an incredible $47bn valuation and within 10 months nearly collapsed under the weight of its own hype and profligacy, leading to a $9.5bn rescue bailout from SoftBank – its largest backer and the world’s largest tech investor.

The story of WeWork, which rebranded ahead of its aborted summer IPO as The We Company, has more than a dash of familiarity about it. The messianic zeal of a visionary founder led to a hubris which tolerated financial wastefulness, eccentric investments and a breakneck global expansion strategy, predominantly financed by SoftBank in the late stage of the longest bull run and tech bubble in history.

From ambitious, but humble beginnings in the SoHo district of New York in February 2010, WeWork become a poster boy for the exuberant hype of the technology-inspired age of disruption. The company manages 600 locations with 676,000 desks throughout 122 cities in 32 countries across six continents. The firm’s fall from grace is enough to give investors pause for thought and reflection. Here are five lessons and consequences from the coworking giant’s aborted IPO and near collapse.

Methodical due diligence cannot be overstated. Beware of private companies with massive losses and lofty aspirations. One of the chief lessons from the WeWork story is for companies to be correctly classified. Fundamentally, WeWork was a real estate leasing company and not a technology company as it sold itself. A cursory examination of the WeWork IPO prospectus makes numerous references to the uniqueness of its “technology infrastructure”, but reported no revenue directly from it.

Investors bought into WeWork as a technology company which allowed the firm to be valued based on its potential to disrupt and dominate, rather than on the net of their assets, revenues, profits and liabilities, as well as the lucidity of the management’s business strategy. As a technology company, WeWork was able to secure better access to quick, cheap and large tranches of capital than a traditionally valued company could have expected, although, clearly, WeWork was not a technology company, but a real estate leasing firm with a bit of tech and nothing more.

From an initial $15m investment in 2010 from Joel Schreiber, a Manhattan real estate landlord, for a 33% stake, WeWork raised a colossal $8.4bn in equity and debt capital in seven roller-coaster years prior to its rescue. In addition to SoftBank, WeWork raised capital from JP Morgan, the Harvard Corp, venture capital firm Benchmark, and billionaire Mort Zuckerman, among others. This capital came with little oversight – this allowed CEO Adam Neumann’s worst excesses to go unchecked, which included investments such as Wavegarden, a wave pool-making company.

To many investors, oversight of CEO Adam Neumann’s decision-making was severely lacking. For example, Neumann acquired buildings personally and then leased them back to WeWork. In another account, after Neumann changed the firm’s name to The We Company, he then personally trademarked the word ‘We’ as a brand and sought compensation from the company in stock for use of the new name.

WeWork’s IPO prospectus revealed that The We Company’s losses doubled in 2018 to $1.9bn (2017: $933m), driven by a voracious appetite for global expansion. Its most recent quarterly reporting reveals losses of $1.25bn in Q3, up more than 150% compared to a $497m loss in the same quarter last year. While revenue almost doubled year-on-year to $934m in Q3, occupancy rates had slumped to 79% – its lowest figure since mid-2017, driven by the firm’s breakneck growth speed outpacing demand.

WeWork’s fall from invincibility is perhaps best understood as the hubris of an early-mover, instrumental in pioneering a new business model – dubbed ‘space as a service’ – but bereft of the necessary financial acumen, discipline and oversight to implement a measured global growth strategy.

WeWork was seen as a liquidity scare for private markets, and private investors will be analysing their portfolios with greater scrutiny. The abundance of private capital, propped up by historic low interest rates, has incubated companies like WeWork in a bubble which disconnected their valuations from reality. This euphoria is starting to wane, which may also impact private market capital flows. The question is to what extent.

Wall Street banks have reportedly cut IPO prices in the US market for new listings. Three in every four IPOs have priced below the midpoint of the range announced by underwriters so far in the fourth quarter, according to Dealogic data. The adjustment is interpreted as investment banks response to investors’ call for a return to more conservative, high-quality IPO offerings.

4. The perils of late stage investing

The lateness of the economic cycle is evident in trendlines for a variety of forward-looking indicators across Europe and the world more broadly. Investors with an abundance of ‘dry powder’ and fewer and fewer acquisition targets can fall into the trap of having to deploy capital in an opportunity-limited environment, which can impair investment judgement.

Almost three-quarters (74%) of investors surveyed by Preqin believe we are now at the peak of the equity market cycle. Rising competition and an abundance of dry powder has sustained frothy valuations which may now be starting to unwind against a backdrop of eventual tightened monetary policy and lower global growth expected to stretch into the years ahead.

Sectors like coworking lack economic stress-testing. Will the mismatch between coworking operators’ long leases with landlords and coworking members’ shorter leases prompt an exodus of customers? The bears argue that falling office rents in a downturn plus the prospect of failure of small businesses, start-ups and self-employed workers will outweigh the membership gains from big company layoffs providing a boost to the small business and self-employed sector.

5. Impact on the broader coworking sector

For the most part, the coworking bulls and bears are unlikely to adjust their views quite yet. WeWork was a catalyst for the industry – not just on the supply side, but also by informing the demand side too. While there is now a bit more caution in the real estate market in leasing to coworking providers, the concerns around WeWork’s real estate strategy were already known in the industry before its IPO collapse.

WeWork’s problems are unlikely, therefore, to affect the sector as a whole. Indeed, the real test for the sector will only come in a downturn. All eyes turn to SoftBank’s turnaround strategy which is focused on costs reduction, a pause in further growth and acceleration towards profitability. The fundamentals of the flexible workspace offer are still strong across Europe, driven primarily by continued occupier demand for both flexibility and increased service levels. Cushman & Wakefield has identified Amsterdam, Stockholm, Helsinki and Dublin as coworking and flexible office growth hotspots across Europe and said the global coworking inventory has reached approximately 125 million square feet.

As the WeWork turnaround matures, this once tech darling of Wall Street will seek to reclassify itself as a more predictable, less exotic, real estate leasing company. Perhaps then its future may be a bit more stable.