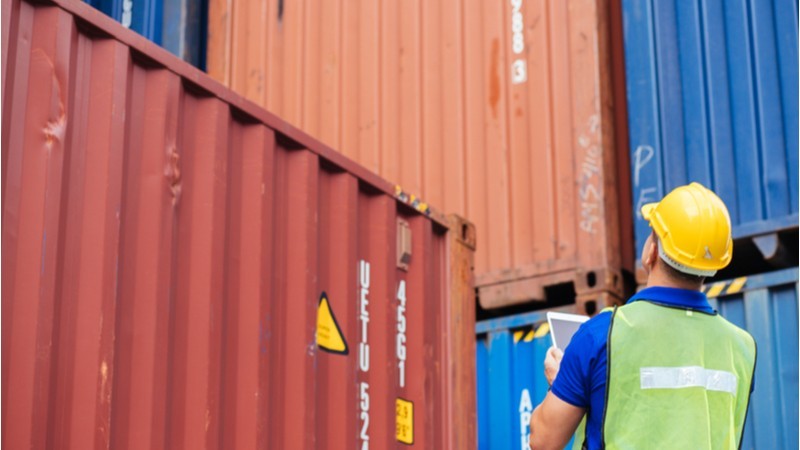 In 2021, for the first time in 25 years, the UK spent £30bn more on imported goods from outside the European Union (EU), Britain’s largest trading partner, than from the 27-nation EU bloc, according to Office for National Statistics (ONS) figures. At the same time, UK exports to EU countries fell.

Total imports of goods to the UK rose by £38bn to £476.3bn in 2021, while exports nudged up by just £11.6bn to £320.5bn, crystallising a total goods trade deficit of £155.8bn (2020: £129.4bn), the widest since records began in 1997. The data marks the first full trading year since Brexit and implies that the twin headwinds of the pandemic and Brexit combined to stifle the recovery in exports and increased dependency on imports. However, there is some evidence that the adverse effects of Brexit on goods trade volumes are attenuating

UK exports more outside the EU for the seventh consecutive year

These overall annual declines in UK exports are significantly less severe than the collapse between 2020 and 2019 when UK exports to the EU plunged by £24bn and non-EU countries by £34.9bn. It suggests traders have become gradually more accustomed to the Brexit barriers over time, while the economy and cross-border supply chains have also become more pandemic resilient.

Parsing Brexit and the pandemic on trade volumes

On the one hand, Brexit disrupted trading between the UK and the EU through, among other things, distortions caused by firms stockpiling, border checks and documentation requirements, and new trade barriers created by the Northern Ireland Brexit protocol. On the other hand, the pandemic restricted mobility and trading, imposed working from home, passed on the responsibility for childcare to parents, which all contributed to lower productivity in sectors that produce and export goods.

The ONS compared annual 2021 trade volumes with 2018 data, the last stable trading year between the UK and the EU before Brexit and pandemic disruptions. The UK exported £20.4bn in fewer goods to the EU, compared with 2018, while UK exports to non-EU countries were more resilient, falling by £10bn, roughly half as much over the same period. At the same time, UK imports from the EU slumped by £45.1bn and non-EU countries by £28.3bn, compared to 2018. Total UK trading volumes rose slightly to £320.5bn in 2021 but remained more than £50bn below pre-pandemic in 2019 and £30bn below 2018 levels, according to ONS data.

Parsing the relative impacts of Brexit and the pandemic on UK trading volumes is challenging. However, comparisons with euro-area goods trading suggest Brexit, rather than the pandemic, is responsible for most of the UK’s continued trade weakness. EU countries have largely recovered to pre-pandemic levels of trade. Euro-area exports of goods to the rest of the world was €214bn, an increase of 7.3% compared with October 2020, according to Eurostat data. Intra-euro area trade rose to €196.7bn in October 2021, up by 17.3% compared with a year earlier.

The Trade and Cooperation Agreement (TCA) has been in effect since January 2021. In that period, companies consistently regarded the deal as a barrier to competitiveness for UK exporters and smaller companies. Seven out of ten (71%) of UK exporters believe that the TCA was not “enabling their business to grow or increase sales”, according to a new survey of 1,000 UK businesses conducted by the British Chambers of Commerce (BCC).

Unfortunately, the complexities and problems still stretch further. These include time‑consuming additional administration and cost when trading with the EU. For example, tariffs on goods that do not meet “rules of origin” requirements, export health certificates, intermediary costs to complete customs declarations, and requirements to VAT register across multiple EU member states to be able to sell online, etc.).

If your company requires help to identify and efficiently navigate the new EU protocols involved in trading with the EU, or if your firm is considering buying a company subject to the TCA, please do get in touch, and we will see how we can lighten the load.