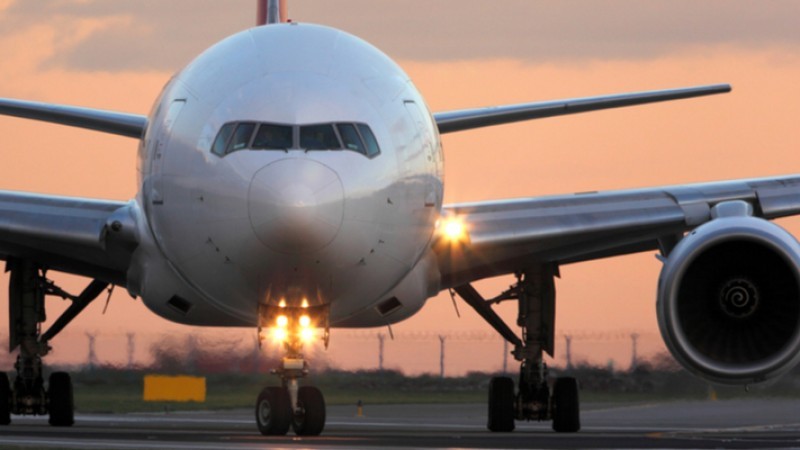 Government restrictions on international travel have tightened again in the UK as a surge in new infections linked to the emergence of virus variants threatens the airline industry’s summer recovery. Last Friday the UK removed Portugal from the ‘green’ list of the government’s traffic light system for quarantine-free travel. The decision follows a spike in Portugal’s infection rate, which currently exceeds the rate in the UK according to the Office for National Statistics (ONS). More significantly, 77 cases of the ‘Delta’ variant of Covid-19 were reported according to data published on GISAID. The Delta variant, first identified in India, carries the risk of a potentially detrimental mutation, while the efficiency of existing vaccines against this variant is not yet determined. Public Health England (PHE) has begun an investigation.

Ultimately, the UK government decided that the long-term risk posed by this variant and its potential mutation is too high to allow UK holidaymakers to travel freely to and from Portugal without quarantine. Portugal was added to the newly established traffic light system for quarantine-free travel three weeks ago and was the most popular sunspot destination for UK holidaymakers on the government’s list. With no new countries added to the ‘green’ list, quarantine-free travel destinations are slim and so are hopes for a summer recovery in air travel demand. Understandably, the airline industry is reeling from the abrupt U-turn. Michael O’Leary CEO of Ryanair, Europe’s largest airline, called the government’s move “inexplicable and unjustified”. The Portuguese government reacted with incredulity, saying the infection levels in the two countries were broadly similar and the Delta variant numbers in Portugal were statistically insignificant. But the logic of the decision is clear: until more is known about the threat posed by the Delta variant, an abundance of caution must be exercised.

At the same time, the UK infection rate has also suffered another spike, which may delay the UK’s final stages of reopening on June 21, posing further risks to near-term air travel demand. Data from the ONS on Friday 4 June reported 6,238 new daily cases and 29,028 new weekly cases, with the latter statistic representing a 39.8% increase on the prior week. Reporting by the Financial Times suggests the civil service may delay the final reopening stage to July 5. However, Matt Hancock, the UK health secretary, says it is too early to decide whether the planned easing of virus restrictions will go ahead.

On the Continent, the European Union reiterated that recommended restrictions on non-essential travel from the US and UK will be maintained. Visitors to member states must comply with quarantine requirements. However, intra-EU air travel demand looks to be climbing. All of which creates at best a mixed picture for the aviation industry. The sector has been at the frontline of disruption for 18 months and remains in a unique crisis in which airline companies are unable to reliably model expected future cash flows. In this article, we examine the outlook for the industry, with a focus on UK and European carriers.

Uneven recovery for the airline industry

For the airline industry, the Covid-19 crisis has morphed into a debt crisis. According to data from the International Air Transport Association (IATA), the global airline trade body, the net debt of the global airline industry soared to $220bn at the end of 2020. Approximately $100bn was government aid, and almost half of this is debt that must be serviced and repaid. The longer it takes for demand to recover, the greater probability of debt defaults and, ultimately, airline failures.

The pace of recovery will diverge between market segments (e.g., domestic vs international, long haul vs short haul, passenger vs cargo, and economy vs business) and regions. Demand recovery will be aligned to vaccination roll-out success, levels of pent-up demand and accumulated household savings, and how patterns in behaviour change plays out (e.g., the pace of recovery in business travel demand). Airlines that operate domestic and short-haul routes will recover first, while international and long-haul routes will remain at the mercy of the often conflicting travel restrictions implemented by various governments. IATA forecasts that global air passenger volumes will recover to 52% of 2019 levels by the end of this year, followed by 88% of pre-Covid-19 levels in 2022 and 105% by 2023. These forecasts are underpinned by expectations of higher revenues, lower operating losses and airlines running at sub-50% capacity. If realised, these forecasts crystalise more than two years of lost growth for the industry. The consequences will be visible on airline balance sheets long after travel restrictions have finally ended. According to IATA estimates, European airlines were on par with Latin American airlines as suffering the highest cash burn globally, with free cash flow down 45% in Q1 caused by new waves of the virus preventing a recovery in air traffic volume.

For many airlines, the cost of survival has been a massive increase in leverage. Government aid was supposed to provide companies with breathing space until demand recovered. But instead, it may have created a catch-22 situation: lengthened travel restrictions have forced airlines to accept extra debt as the cost of the chance of survival. But these travel restrictions have equally prevented airlines from generating revenues to service and repay this extra leverage. Thus, the solution can exacerbate the original problem. But this is just one of the many trade-offs faced by companies in the sector. The chances for long-term survival of airlines will vary between and within submarkets of this highly stratified industry.

Large airlines typically have access to capital markets to raise cash to cover expected further losses in 2021, but these loans and bailouts impose operating restrictions. For example, Lufthansa is reportedly seeking to refinance the €9bn bailout secured last June from the German state. Proceeds will pay down the €5.45bn silent equity stake held by the German state, undrawn but still on Lufthansa’s balance sheet. Lufthansa is motivated to pay down this debt to head off rising debt service costs in the coming years. The move demonstrates how large airlines can use their access to capital markets to optimise their capital structure. Lufthansa reported a €1.05bn loss in the first quarter and forecasts running at below 50% capacity across its fleet for the remainder of the year. For small airlines, the trade-offs are different. Operators of domestic and some cross-border routes have benefited from demand recovery, but many of these carriers run routes that are impacted by travel restrictions and, therefore, upside recovery is limited. Small airlines will also find raising new equity or debt both more limited and more expensive. At the same time, some will be uncertain about the wisdom of taking on extra debt in an environment where there are renewed downside risks to the lifting of travel restrictions. Indeed, for some airlines, taking on additional debt will exacerbate an already overindebted balance sheet, which will lead to difficulties in servicing debt levels if demand recovery is further delayed.

The airline industry and its deep, connected supply chain will continue to face headwinds with further consolidation, M&A, loan defaults, and even administrations still possible.

If your business, or portfolio company, is directly impacted by the challenges in the aviation sector and you would like to discuss your strategic options, do get in touch with us and let us see how we can lighten the load.