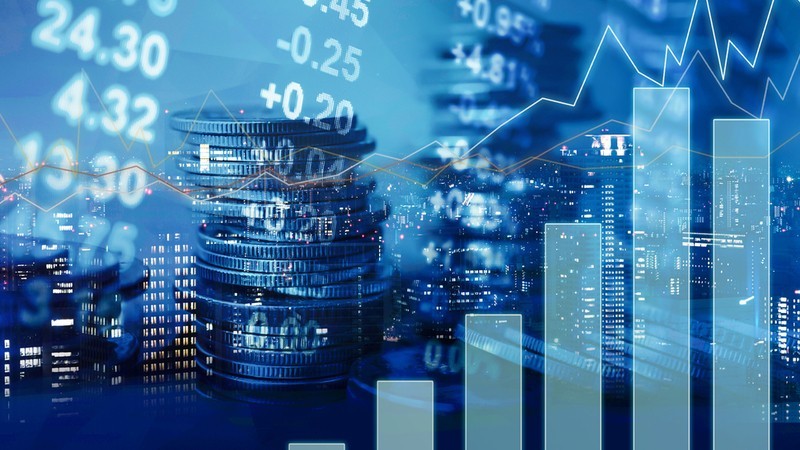 Uncertainty obscures the global economic outlook. In the short term, global growth will correlate with the pandemic’s path: from the efficacy of existing vaccines to stem the emergence of possible new Covid-19 variants to the effectiveness of policy action and the varying resilience of different economies to lockdown restrictions. But the long-term effects of the pandemic may take years to become apparent, such as changes in long-term supply and demand across economies and in the evolution of financial markets.

The global economy is forecast to grow by 6% in 2021, moderating to 4.4% in 2022, according to the IMF’s April forecasts. These forecasts reflect upward revisions, driven by the acceleration in vaccinations, notably in the US and the UK, which has allowed lockdown restrictions to ease and economies reopen. But the outlook for global growth is, inevitably, far more complicated. The pace of the global economy’s rebound will diverge between and within economies to create a multi-speed post-pandemic recovery. The many variables which will influence global growth, include:

In the first of a new series of macro articles, we will provide an inventory on the current state of the US and European economy, the UK’s two most important trading partners. In the next article, we will consider what the outlook for these major economies means for the UK for the remainder of 2021 and beyond.

US jobs growth saw a massive surprise to the downside, after payrolls rose just 266,000 in April (March: 770,000), compared to market consensus forecasts of around 1 million. The unemployment rate edged up to 6.1%, the Labour Department reported last Friday.

The lacklustre numbers show that the rapid US vaccination roll-out and fiscal stimulus have not immediately translated into new jobs, which are still 8.1 million jobs below pre-pandemic levels. This suggests slower momentum in the US labour market, undercutting the narrative that the US economy is recovering at a breakneck speed and it poses risks of inflation. However, it is only one month’s data, and the mismatch may be a function of closed schools, stimulus cheques and virus fears that are all disincentivising a return to work so far.

Inflation risk represents a clear threat to the sustainability of US growth, reflected in yield volatility on 10-year US Treasuries which are seen as a proxy for the market’s future inflation expectations. Fed Chair Jerome Powell has repeatedly stated that asset purchase tapering and interest rate increases will not be considered until sometime next year. But that has not stopped the bond market speculating the Fed’s hand may be forced by rising inflation. For now, the April jobs numbers may justify the Fed’s dovish policy stance of looking beyond potential “transitory” near-term inflation spikes to support maximum employment and price stability.

Inflation is a goldilocks problem for Powell

On the one hand, if the Fed allows interest rates to remain too low for too long, inflation pressure could build up until it overshoots the central bank’s target and is then forced into an abrupt policy action. On the other hand, if the Fed signalled an interest rate increase and began tapering asset purchases tapering too early, the policy could hinder the recovery in US employment, particularly in the hardest-hit sectors of the economy such as retail and hospitality.

Everyone has an opinion about US inflation risk it seems. Even Powell’s predecessor, Janet Yellen, Secretary of the US Treasury, intervened last week. Yellen signalled interest rates may have to rise to prevent the US economy from overheating. It was a more hawkish tone than Powell’s, which Yellen later walked back, and a rare intervention for a senior member of the Biden administration, not least from a former Fed Chair. It is worth remembering that Powell’s first term as Chair expires next February, with no indication from either side on whether he will be renominated. It represents another ‘known unknown’ for markets and the outlook for US monetary policy: namely, the possibility that a more hawkish Fed Chair may replace Powell, perhaps sympathetic to Yellen’s perspective.

US GDP growth accelerated to 6.4% annualised, buoyed by a second round of stimulus in the quarter which lifted consumption growth by 10.7%. The US economy is expected to return to pre-pandemic GDP peak, back in Q4 2019, during the current quarter, which is forecast to reach 8%, buoyed by anticipated growth in business investment, government expenditure and household spending. That said, US equity markets are trading at all-time highs, and some are warning of a near-term pullback. In sum, the outlook for the US economy still remains exceptionally strong in the near term, backed by highly supportive fiscal and monetary policy. The US economy is on a path to record multi-decade highs in economic growth in 2021, moderating but still strong in 2022. Longer-term, headwinds remain. Quite how the US economy unwinds its reliance on QE, ever-expanding government debt, ultra-low interest rates, and inexpensive imports is a puzzling square to circle.

Europe: divergent recovery across the bloc, but overall slower

The economic picture in Europe is laced with conflicting signals, giving credence to the expectation that the recovery will be multi-speed and non-linear. The European Central Bank (ECB) may slow the pace of bond purchases from as early as next month, according to Martins Kazaks, a member of the Governing Council and Latvia’s central bank chief. The statement is a surprise, given the eurozone slipped into double-dip recession in the first quarter, with his reasoning reportedly related to an expectation of future upside for the bloc driven by pent-up consumer demand, robust bank lending and an export boom supported by $1.9 trillion US fiscal stimulus. President Biden’s stimulus package is expected to translate into a widening demand for imports. Economists at Allianz have estimated that German exports to the US could rise by as much as $22bn in 2021–22, while exporters in Ireland and France could gain $13bn and $10bn, respectively.

Eurozone GDP contracted 0.6% in the first quarter, following a 0.7% decline in the final quarter of last year, marking the region’s second technical recession in just 15 months. The eurozone economy remains 5.5% below its pre-crisis peak, significantly lagging the US. In March, the ECB forecast the eurozone economy will grow 4% in 2021 and return to its pre-pandemic level in 2022 when annual GDP will climb 4.1%.

Europe’s delayed vaccine roll-out is the primary cause of the bloc’s slower economic recovery. After a sluggish start, the EU’s vaccine roll-out accelerated, allowing economies to reopen from the middle of this month, which bodes well for a rebound in the latter half of Q2, supported by pent-up consumption, business investment and continued government expenditure. However, the pace of this economic recovery across the EU, between member states and within individual economies, will be aligned to the pace of lockdown easing, economy reopening and tapered stimulus. Downside risks include a worsening semi-conductor shortage in Germany, which may create supply-side inflation pressures. In France, a national lockdown was reinstated at the beginning of the second quarter, while Spain’s tourism sector remains largely mothballed. While retail across the board is struggling, retail sales can expect a boost as economies reopen later this month. Economists have estimated potential excess savings across Europe at €42bn in Germany and €29bn in France.

Eurozone inflation rose in line with the consensus forecast to 1.6% in April (March: 1.3%), attributed to energy price increases. The ECB has indicated that the resurgence in inflation is a reaction to last year’s abrupt demand shock and will not endure, particularly given how far the bloc is from full employment. Unemployment across the EU fell marginally to 8.1%, compared to 7% pre-pandemic. But the slack may be larger as this data excludes people on government-subsidised furlough schemes and those no longer seeking work.