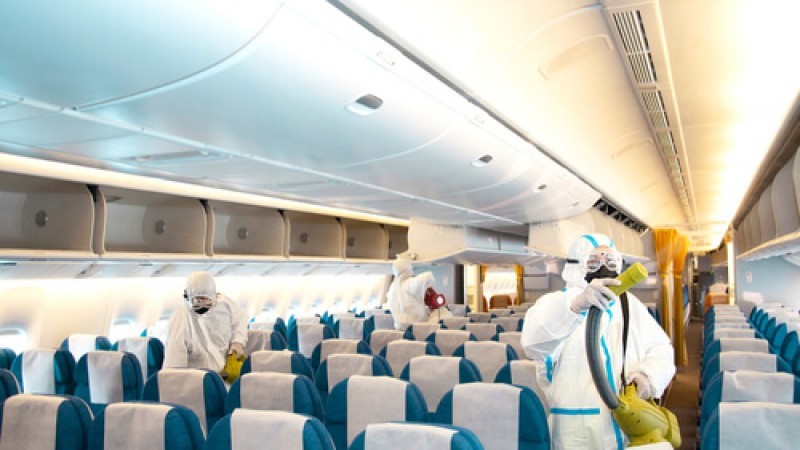 The aviation industry is in an acutely parlous state, with a wave of expected airline insolvencies imminent as the virus-induced demand shock brings to an abrupt end the sector’s decade-long ‘golden era’. Over the last decade, annual global international passenger capacity has almost doubled (with more than 1.8 billion passengers carried in 2019), driven by, among other factors, the proliferation of low-cost carriers. The International Civil Aviation Organization (ICAO) estimates that this entire decade-long capacity expansion will be unwound during 2020. Global international passenger capacity in the four months to April collapsed by 80%, according to ICAO estimates, including accelerating to 94% in the month of April. “The airline business – and I may be wrong, and I hope I’m wrong – but I think it’s changed in a very major way,” said Warren Buffett in Berkshire Hathaway’s virtual annual meeting on Saturday 2 May. “The future is much less clear to me.” Buffett confirmed that Berkshire exited more than $6bn (£4.8bn) of stock in Delta, United Airlines, American Airlines and Southwest Airlines in April. “I don’t know if two or three years from now, if as many people will fly as many passenger miles as they did last year.”

Guillaume Faury, CEO of Airbus, the airline manufacturer, offered a chilling assessment. “We are now in the midst of the gravest crisis the aerospace industry has ever known.” He warned it could take “three to five years” for passenger traffic to return to pre-pandemic levels.

Airlines around the world have grounded fleets, slashed scheduled flights by as much as 90%, announced redundancies and sought government bailouts in a frantic effort to survive in the teeth of collapsed global air travel demand, international lockdowns and travel bans in an effort to contain the Covid-19 pandemic. The coronavirus has created a perfect storm for a sector that is no stranger to economic, environmental and geopolitical crises in the decade of stellar passenger growth – from the global financial crisis, to volcanic ash clouds and Australia’s massive bushfires at the turn of the year. But Covid-19 has triggered a crisis like no other. “The aggregate of all those crises we have faced in the past doesn’t equal this one,” Sir Tim Clark, President of Emirates Airline, said in a video conference hosted by the US-UAE Business Council on 29 April. He has predicted that  without “state intervention of some kind or other, 85% of all airlines will be insolvent within two or three months”. Current estimates of lost global airline passenger revenues due to Covid-19 are up to $314bn, according to the International Air Transport Association (IATA), the global airline trade body, reflecting a 55% revenue decline compared with 2019. This assumes a three-month lockdown which runs until the end of Q2.

IATA warned in March that airlines would need up to $200bn in liquidity support simply to make it through. So far, governments around the world have committed to, or are in negotiation over extending loans and guarantees to the tune of €$85bn  (£68.4bn) to save seemingly selected airlines from bankruptcy. In the US, the country’s largest airlines agreed to a two-tranche $50bn bailout in payroll support and low-interest loans of up to 10 years. The ‘big four’ carriers – American Airlines, Delta Air Lines, United Airlines and Southwest Airlines – have collectively secured $19.4bn (£15.4bn) in payroll aid and are negotiating a further $16.65bn (£13.3bn) in additional Federal loans. The agreements prevent US airlines from furloughing staff or cutting employee pay until end of Q3. In Europe, more than €31bn (£27bn) of equity, loans and grants have been requested by airlines from national governments. The two largest bailouts to date are Lufthansa Group and Air France-KLM, which have requested up to €12.5bn (£10.9bn) and €11bn (£9.6bn), respectively. Lufthansa is in “intensive” negotiations with the governments of Germany, Switzerland, Austria and Belgium to secure equity investment to save the airline group company from bankruptcy. Lufthansa, which operates so-called flag carriers in all four nations, has warned it is facing a significant decline in liquidity in the coming weeks. It is close to agreeing a 25% equity stake with the German government. Air France-KLM is expected to receive up to €11bn in loans from the French and Dutch governments, while Italy’s national carrier, Alitalia, will be nationalised by the Italian government in June. IAG, the Spanish owner of British Airways, has also agreed €1bn billion euros (£870m) a five-year syndicated financing agreement, backed by the Spanish government, for its Spanish airlines, Iberia and Vueling.  Elsewhere, efforts to rescue South African Airways (SAA), the perennial loss-making carrier which applied for bankruptcy protection last December, have effectively ended since the Covid-19 outbreak, with the government refusing a bailout prompting liquidation proceedings to start.

Ryanair, Europe’s largest low-cost carrier, lashed out at the impact of state aid in the airline sector. “The competitive landscape in Europe will be distorted by unprecedented volumes of state aid from some EU Governments to their ‘national’ airlines,” the company stated on Friday 1 May, saying Q1 passenger traffic of less than 150,000 passengers will be 99.5% behind the Q1 budget of 42.4 million passengers. Ryanair said it expects traffic on reduced flight schedules will be stimulated by significant price discounting, and below cost selling from flag carriers with “huge state aid war chests”. The budget airline plans to take this fight to the European courts. Virgin Atlantic, owned 51% by Richard Branson’s Virgin Group and 49% by Delta Air Lines, has requested £500m in a UK government bailout; the government has indicated Virgin Airlines must do more to raise cash privately. It is a reminder that companies must demonstrate robust financial performance before the pandemic and those companies already in a precarious state will not be able to deflect scrutiny. Virgin Australia collapsed into bankruptcy in April after failing to secure an Australian government bailout, owing A$6.84bn (£3.5bn) to more than 10,000 creditors. Virgin Australia is now reportedly attracting 20 suitors.

There is a wide range of potential scenarios for the fate of the airline sector from this point. Much will depend on what more governments will do themselves and how the reopening of economies and nations is managed. Governments around the world must balance reactivating the productive capacity of economies while safeguarding public health. The development of a vaccine disseminated globally within 18 months is often referenced as a reasonable time frame, but this is by no means certain. In the meantime, airlines with strong domestic routes, which are already reopening around Asia, Europe and the US, will fair best. International travel is tentatively earmarked for early Q3; however, the degree to which quarantines are imposed on arriving passengers will have a material impact on passenger demand. There is, of course, no visibility yet on such decisions. One small ray of light in a bleak outlook is the increased demand for freighter flights to support global supply chains, supported by oil pricing at historic lows.