Cryptocurrency Scams and How to Avoid Them 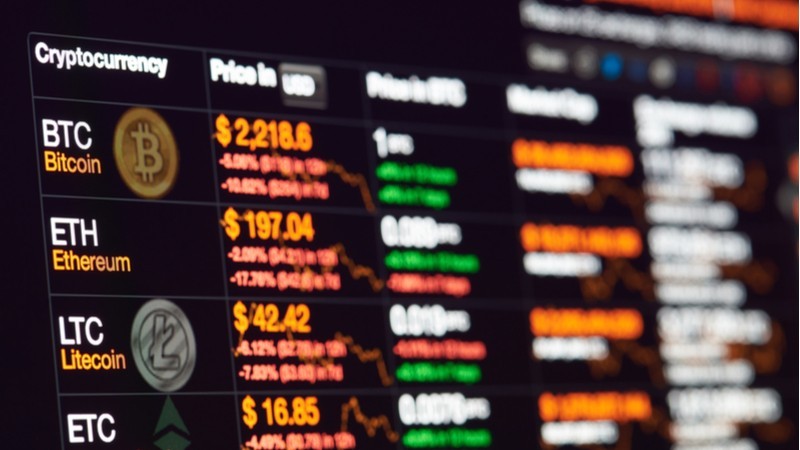 If you are considering investing in cryptocurrency, there are a few common scams to look out for.

The explosive popularity of bitcoin and other altcoins has seen a huge rise in cryptocurrency exchanges. They all want your business, and the transaction fees that come with handling your purchases.

Popular exchanges have been known to completely disappear overnight, taking all the cryptocurrency with them. Do your due diligence before placing any amount of bitcoin or altcoins onto an exchange.

If you are new to cryptocurrency, you might not have heard of Mt. Gox. This was an early cryptocurrency exchange that at one point accounted for over 70% of all bitcoin transactions worldwide. In February 2014, Mt. Gox suspended trading. It later emerged that 850,000 bitcoins had been stolen (valued at $450 million at the time). Over a period time 200,000 were recovered and returned to the site and some of its users.

Trusting people in an entirely digital world is extremely difficult, especially if you cannot audit or verify what is taking place behind the scenes.

Do not keep your cryptocurrency stored on an exchange. Transfer coins to an offline wallet at the end of the day as it only takes a short amount of time to send them back to an exchange for trading. If you intend to become an active trader, consider upgrading to a cryptocurrency hardware wallet.

In 2017, a Mumbai-based company called OneCoin was delivering a sales pitch to a room of investors. Indian financial enforcement officers raided the meeting, and arrested a number of OneCoin representatives for operating a cryptocurrency Ponzi scheme. At the time of their arrest, OneCoin had already moved over $350 million through a payment processor.

IInvestors had been duped through a combination of enthusiastic upselling, lack of knowledge of the technology, and positive media hype around booming cryptocurrency prices.

Cryptocurrency is creating new scams, using jargon and technology most people have never heard of, let alone understand. Even grasping the basics of blockchain technology and smart contracts can be difficult.

Pump and dump is a term used to describe the fraudulent practice of encouraging investors to buy shares in a company in order to inflate the price artificially, and then selling one's own shares while the price is high.

Many prominent financial experts have dismissed cryptocurrency as a scam. While some compare bitcoin to other safe haven investments, such as gold, others believe it is merely a speculator’s heaven, ripe for pumping and dumping.

Bitcoin has a market capitalisation of over $70 billion, so it would be very difficult to directly manipulate the price. But smaller altcoins with a minimal market cap are extremely vulnerable to a standard pump and dump.

Initial Coin Offerings (ICOs) are the IPOs of the cryptocurrency world. Cryptocurrency startups create initial coin offerings to raise substantial amounts of money. However, many of them vastly overestimate the value of their start-up. Others are simply elaborate pump and dump schemes.

As with any initial offering, investing is a risk, so due diligence should always be applied.

There is a lack of accurate or current information about a company.

There are questionable trading practices, such as insider trading or market manipulation.

The DAO was a digital decentralised autonomous organisation and a form of investordirected venture capital fund. The DAO had an objective to provide a new decentralised business model for organising both commercial and non-profit enterprises.

The DAO raised over $34 million when they completed their ICO in 2016. It was considered a success, until users exploited vulnerability in the DAO code to enable them to siphon off one third of its funds to a subsidiary account.

Eventually, virtually all the funds were returned to the original contract. The DAO is now delisted from major exchanges, and is seen as a significant factor in the close scrutiny of cryptocurrency ICOs.

ICOs have also made the cryptocurrency news after both China and South Korea took steps to ban them. The South Korean Financial Services Commission said that institutions and individuals conducting business relating to an ICO would face “stern penalties”.

This move comes after the Chinese government banned all ICOs, calling them “illegal fundraising”.

China is also worried about the power cryptocurrency gives its citizens. Decentralised anonymous currency in the form of ICOs (and other altcoins) could easily “disrupt their social order”. China has previously banned bitcoin and cryptocurrency related activity, each time causing a slump in global markets.

In August 2017, the City of London Police shut down a “cryptocurrency business” that was cold-calling people to sell fake digital currency. Victims were cold-called and persuaded to purchase non-existent cryptocurrencies. The individual who allegedly set up the scam used a central London financial district address to lend authenticity to the illicit scheme.

Real investors will not cold-call you to offer an opportunity. If you receive a call asking for your investment in a cryptocurrency opportunity, always note the name of the caller, telephone number, the company name and address. You might have to report a potential securities fraud to the authorities at a later date.

A growing threat comes from social media. Prominent legitimate cryptocurrency company accounts are being impersonated on Twitter and Facebook. The scam pages directly contact individuals, asking for investment in a potential opportunity, or to buy discounted bitcoin or Ethereum.

If it sounds too good to be true…

Any burgeoning technology which allows an element of transactional anonymity and the potential of high financial return will attract criminal fraud.

A key component to staying safe in cryptocurrency, and similar financial schemes is, do your research. Know who you are potentially partnering with before you part with your money, and only invest what you can afford to lose.

BTG Advisory provides global enhanced due diligence (EDD) services which include integrity and reputation verification. Our EDD provides assurances of potential business partners, whether individuals or corporate entities. Our comprehensive service will highlight any potential conflicts such as negative trading history, previous financial irregularities, undisclosed links to third parties who are sanction listed, and will encompass solvency profiling.

Our EDD service will help to fill any information gaps with critical insight, ensuring that clients enter into discussions and negotiations with a full understanding of who they are dealing with.